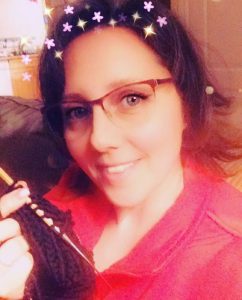 Elizabeth Ruth, founder and designer of The Ruthless Crafter, a Canadian wife, mother of two, and creative entrepreneur.

The Ruthless Crafter was founded in August 2014 in the heart of Kitchener, Ontario.

Today The Ruthless Crafter has blossomed into a leading knit and crochet character hat online shop. We are thrilled to have been acknowledged and featured worldwide by several news media stations such as: CBS, NBC, Yahoo! News, Fox News, The Boston Globe, The Miami Herald, The Kansas City Star, The Los Angeles Daily, The CW, as well as many other spotlighted news articles and noteworthy publications worldwide.

always be a unicorn collection